Do You Know These 16 Signs of a Toxic Grandparent?

As a society, we often place a lot of emphasis on the parenting role of grandparents in a child’s life. Grandparents are often seen as a source of support and stability for their grandchildren, and many studies have shown the positive impact they can have on a child’s development. However, not all grandparents are good for children – some may be harmful or even toxic. 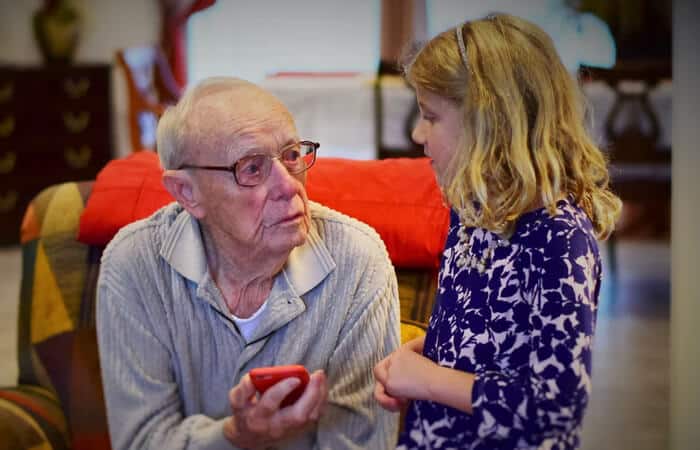 This article will provide you with some ways that you can tell that an elderly person is toxic.

The child’s opinion is not taken into consideration, and feelings are not respected. The child may also show signs of poor mental health like anxiety, depression, or even resentment towards their parents.

Many people have toxic grandparents that criticize them constantly. If you think your grandmother or grandfather is criticizing you incessantly, it is likely they are trying to teach you what they think life should be like and how to live the way they believe the world should be.

No one likes being criticized and it can be hard on your mental health when handling a difficult person in your life. 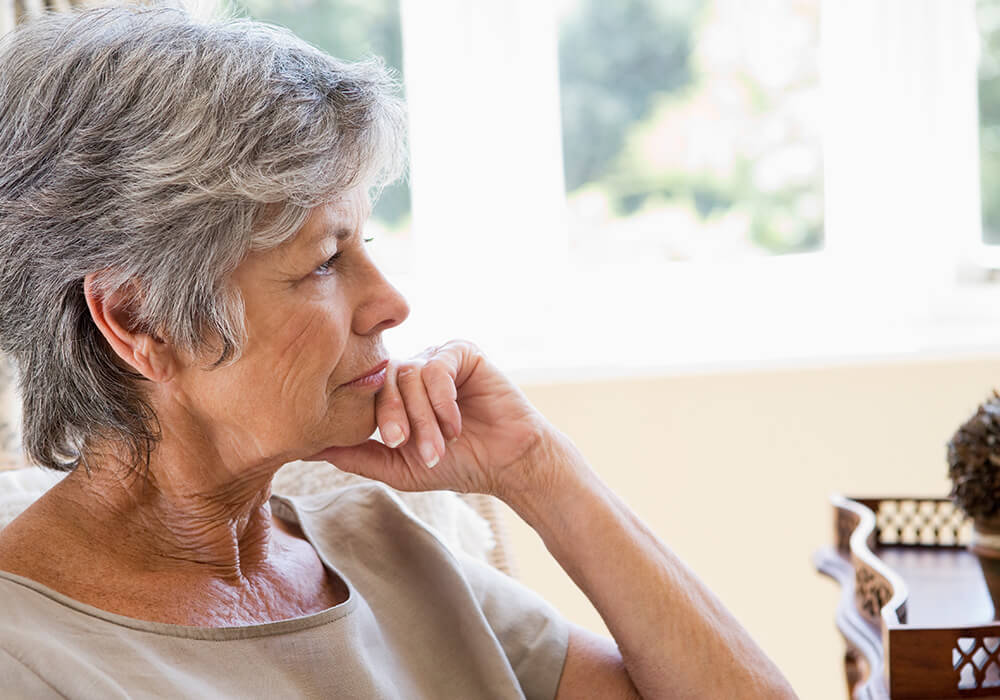 Expects You to Pay for Them

Are you feeling like your grandparent is trying to take advantage of you financially? Often times, this can be a sign of selfishness. If it feels like they are not taking care of themselves, their health problems might be the reason why they need your help. Don’t let them guilt trip you into giving them money or even worse, buy them things that they don’t need.

Make You Feel Guilty for Not Visiting Them Often Enough

Some grandparents just can’t help but make you feel guilty for not coming around as often as they would like. They may seem to be a bit overbearing, or even smothering, with their constant criticism and complaints about your life.

Some grandparent’s tendencies to guilt-trip their grandchildren is a clear sign of a toxic relationship. In these cases, it is best to distance yourself from these individuals so as not to fall into the trap of feeling sorry for them.

Make You Feel Bad for Spending Time with Other Family Members

Always Trying to Get Into Your Business

Though it might not be intentional, grandparents who are always trying to get inside the business of their grandkids may be a sign of a toxic relationship. The intrusive nature of such grandparents often manifests in criticism and judgment.

Whether it’s about clothes, posts on social media or where their children live, these grandparents always seem to have something to say. These toxic grandparents often feel entitled to speak about any matter, no matter how personal. 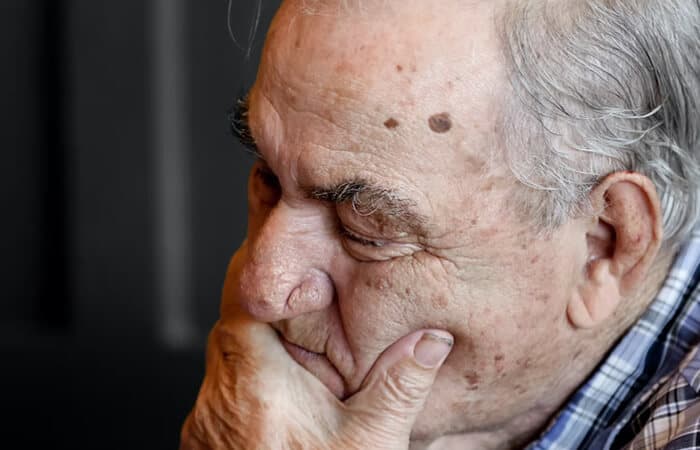 Gets Mad when You Don’t Respond to Their Text

They’re mad when you don’t respond to their texts. That’s a sign of a toxic grandparents and there’s something you can do about it. You may find them over-texting, calling and visiting every chance they get. They may even show up at your house unannounced and without warning. They may also make frequent requests for money, give unsolicited advice about your career and love life or demand that they be included in your social media posts.

One of the most common ways that toxic grandparents express their manipulation is through the need for constant reassurance that they’re loved.

It’s hard to see the signs of toxicity when you’re at the mercy of a toxic grandparent. One sign that may indicate that your grandparent has become toxic is never give compliments. When you hear negative feedback but never anything positive, it may be time to realize it’s time to move on and find someone who will appreciate you for who you are. 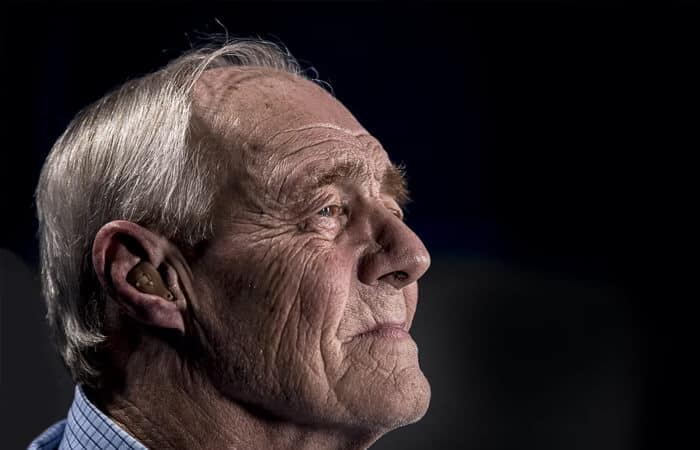 When a grandparent is overbearing, it means you have a toxic grandparent on your hands. Being overbearing can include being rude to their grandchildren, nagging them about school and friends, and always having the “know-it-all” attitude. In most cases, if it’s not curbed early on by the parents or someone else in the entire family, this toxic behavior will continue until they make a complete break from the grandchildren.

Favoritism is a sign of a toxic grandparent. It’s unfair because it ruins healthy relationships between the grandchildren and the other grandparents. If a grandparent is too much involved with one or two grandchildren, then they can’t be as close to the rest of their grandchildren.

There can be many potential effects of grandparent favoritism on children. One such effect could be that the golden child grows up feeling as if they are not good enough. This is because they may feel like their grandparents only love them and show them favoritism because they are related to them. This can lead to the child having a low self-esteem and feeling unworthy of love and attention.

Another possible outcome of grandparent favoritism is that the child may develop an unhealthy dependency on their grandparents. This could happen if the child feels like they are not getting enough love or attention from their parents, so they turn to their grandparents for support.

However, this type of emotional deficits can be harmful because it can interfere with the child’s development into an individual who is able to rely on themselves. Finally, grandparent favoritism may cause friction between the child and their parents.

Lack of Respect for Boundaries

Grandparents are a blessing, and they work hard to be supportive and loving towards their grandchildren. When grandparents take it too far by not respecting boundaries, however, the relationship can become toxic. There are many warning signs of a toxic grandparent such as: making promises their grandchild doesn’t want to keep, giving presents that the child does not want or need, and voicing disapproval of the parents and other grandparents.

Many families face difficulties when it comes to their grandparents. Some struggle to understand why they are not always the perfect grandparents every family member wants. Grandparents can be very inconsiderate to act in ways that are less than kind to the grandchildren they love, even when they know it’s not appropriate behavior. 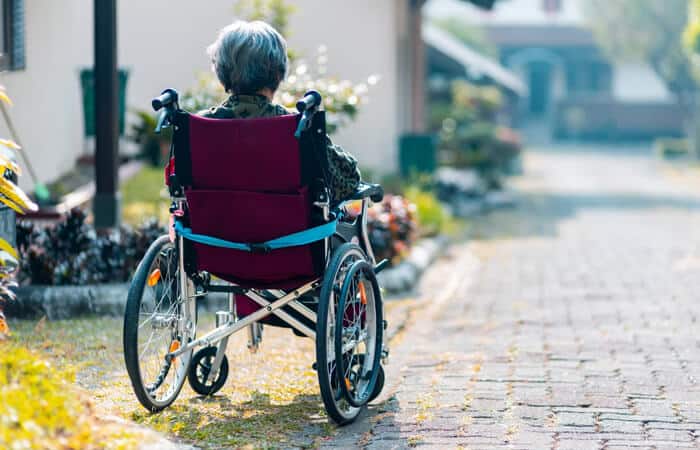 In a culture where grandparents are now often as active as parents, or even more so, it is easy for a grandparent to forget that they’re not just a “cool Aunt” or “uncle”. As a result of this, many grandparents may judge their grandchildren’s friends and lifestyles without realizing that they can be hurting the relationship.

It’s become the norm for many children to live in a world of negativity, made even more toxic by the presence of their grandparents. No matter what they are doing or how far they have come in life, it seems that they are always being put down and told they are not good enough. This is something that can eventually lead to them feeling insecure about themselves and has shown signs of chronic depression.

Always Be Critical of Your Choices and Decisions

Many of us have experienced the toxicity of our grandparents. A sign that this is toxic is when always being critical, refusing to accept your choices and decisions, and always looking down on you for what you do. The effects of this can lead to insecurity, low self-esteem, and worrying about what they will say or do next. This kind of emotional abuse can be damaging for adult children and grandchildren especially if it is taking place over a long period of time.

In conclusion, toxic grandparents are a definite concern for everyone, but especially children. Those who have a toxic grandparent should do research on the person and pay attention to the toxic behaviors that would be considered signs of toxicity in order to spare themselves from unnecessary harm.

In order to make sure you don’t follow in your parent’s footsteps, it is crucial to learn from their mistakes. Pay close attention to any characteristics that may be found within a toxic grandparent and take caution when associating with them.