How to Let Go of Your Grandchildren

When you are a grandparent, you usually cherish those moments of interaction you have with your grandchildren on a different level from that of their parents’ daily responsibilities.

For most of you, being a grandparent probably means get-togethers during the weekend, a play date in the afternoon, babysitting at night, or phone calls.

However, when there are significant life changes, such as changes to the responsibilities of the parents, a divorce, or death of one or both parents, the grandparents are usually the ones left to assume part-time or even a full-time responsibility of taking care of their grandkids.

Sometimes referred to as kinship care, more and more grandparents now take on the role as parents to their grandchildren that forego the traditional relationship between grandparents and grandkids. It usually means that you need to sacrifice your fun time, travels, and other areas of your independence.

What happens instead is you become responsible once again for everyday maintenance of the house, meals, schedules, play dates, and home work. And if you need to take on the parent’s role because of tragic circumstances, you will also need to deal with different stress factors, like coping with your own grief and that of your grandchildren.

But, what if the time comes that you need to finally let go of your grandchildren? The mere thought of being away from your grandkids can easily induce a roller coaster of emotions. Trying to sort out your feelings and coming up with strategies on how to deal with your emotions is crucial for both your physical and mental health.

While it might be normal to feel grief during the process, there are a few strategies on how to make it easier to lessen the emotional toll of this change on you.

Acknowledge Your Anger and Shock

If you need to let go of your grandchildren all of a sudden, shock might be your initial reaction. If a conflict was involved, this feeling of shock is just normal. Anger often follows shock but remember that anger is the worst enemy you can have at this point. Being angry might make you do things that can further worsen the conflict.

Although you might want to prevent rash actions or behavior, it might also be destructive if you don’t express your anger. Turn to a friend, support group, or counselor who will listen to you.

Feel Your Frustrations and Confusions

When grandparents need to let go of their grandchildren because of one reason or another, frustrations and confusions might arise.

As you try to determine the cause, you might want to consider two possibilities. There are instances when a grandparent could be guilty of a mistake in judgment and this concerned the parents.

There are also cases when the need to let go doesn’t have anything to do with the actions or behavior of the grandparent.

What should you do, then? Be honest in evaluating why there is a need for you to let go. Apologize if it was your fault. Keeping a good relationship with your grandchildren is more important than your dignity.

If you think that it was really your fault after you honestly assess your behavior, say that you’re sorry and hope for the best. This way, you can still maintain a good relationship with your grandkids even after you let them go. 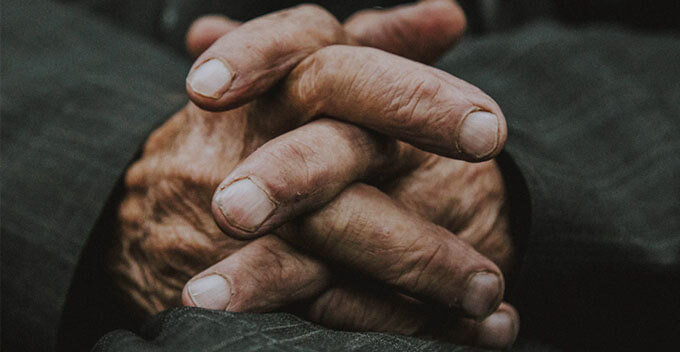 If you already tried sorting things out with your grandchildren and their parents and it still came to the conclusion that you need to let go, you might feel hopeless and helpless.

Never dwell on the situation as it might only affect the rest of your relationships. Accept the fact that the circumstances are not within your control and just try to let go.

It would be best if you channel your energies instead to more positive activities that could make a big difference in another person’s life even when they won’t necessarily address your issue. It can help you live a better life later on when you are no longer with your grandkids.

Never Feel Jealous and Envious of Other Grandparents

Instead of letting your jealousy and envy eat you up, realize that just because you are in pain doesn’t mean that other grandparents should feel that way, too. Don’t attempt to be in competition with other grandparents. Always focus on things that will most benefit your grandchildren.

Learn to Accept and Let Go

If the need to let go of your grandchildren was because of the hurtful behavior of your own child, you might be wondering what you did wrong as a parent and you might feel like you are complete failure. Grief is also another emotion you will experience. But, unlike that death-associated grief, this kind of grief might not have a sense of closure or resolution.

Instead of grieving and feeling guilty, realize that you shouldn’t be blaming your own parenting. Grown children usually favor their spouse or partner instead of their parents.

It might also be best if you keep a journal where you will write down your feelings. Take note of your thoughts and be objective as you look at them. For all you know, this is where you might find the right remedy to learn to let go of your children.

You might also want to be part of organizations that support grandparents. Or better yet, you can try to repair the relationship as much as you can. You can try to keep in touch with them by sending letters or cards. Just make sure that you maintain a light and loving communication tone.

Letting go of your grandchildren is something that might happen at one point or another. While it might be easier said than done, this is still very much possible as long as you know what to do and how to do it right.