How to Tell Your Grown Daughter She is Disrespectful

One of the trickiest parts of being a parent is how to discipline your child. As your daughter grows, the way you discipline her also changes as a result. This means that the approach you used on her when she was still a little child might no longer have the same effect on her once she becomes a full grown adult. 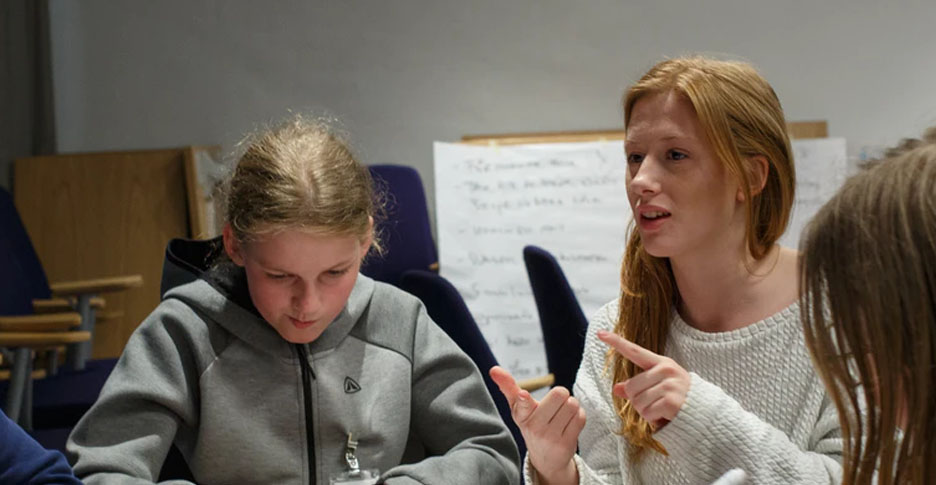 But, things can get even more complicated if you are dealing with a disrespectful grown daughter. This is the point when they already have a reasoning of their own and should be taking full responsibility of their actions.

When you find yourself in this sticky situation, check out the following tips on how to tell your grown daughter she is disrespectful:

Sit Down for a Conversation

This conversation might actually be very easy to start. Tell your daughter that you want to have a conversation with her about her disrespectful behavior toward you. Ask her what is happening with her and why she acts that way.

Engaging in this kind of conversation will give you the perfect chance to hear what is really going on with your grown daughter.

Your daughter may share with you some stresses or things that you are not aware of that could explain their behavior. It can help you understand and empathize with the stresses or situation of your daughter.

During this conversation, be open-minded and composed, especially when you ask the question.

Your grown daughter might also express her harsh criticisms about you. She might also be acting out because she wanted to spread her wings and be in control of her own life.

It might be a bit challenging, especially when you know that the things you do are for all for her.

There is also a chance that they wouldn’t answer your question. In this case, you have to sit down and set boundaries like what you do with other disrespectful people.

Set Rules and Boundaries as Needed

In case your grown daughter refuses to talk and compromise for her behavior, you might need to enforce some rules and boundaries to keep yourself protected.

There is a chance that they don’t consider their behavior to be bad. It could also be because she is trying to find her way to adulthood or it could be because she has other problems that she doesn’t want to talk about or she doesn’t understand them herself.

No matter what her reasons might be, you have all the right to have boundaries and make rules for yourself even when this means that your daughter will no longer share the same roof, boundaries, and rules with you.

While parents never want their children to perceive them as unkind or mean, the truth is that boundaries are necessary and critical for the growth of a person.

Setting boundaries and enforcing them is a significant catalyst for a healthier and better growth. This can teach your adult daughter that she can do everything she wants, get what she wants, when she wants it.

Just because you are kind doesn’t mean that you have to be nice. A smile doesn’t always associate with kindness.

There are times when boundaries are your unwavering refusal to bend to things that feel wrong to you so that your grown daughter will see it as a better way of doing things that can encourage her own growth.

Come Up with Compromises

If your adult daughter is willing enough to talk about what is happening and she also wants to arrive at a compromise, it will open the communication lines so you can start sorting out the problem with her. She might not even know that she was already being disrespectful or she isn’t aware of how you are affected by her behavior. This is a normal thing to happen. After all, no one is perfect.

Your daughter might decide to change her behavior completely or both of you might identify a compromise that works for you both.

Take your time in considering compromises that you will make to ensure that they are still respectful of your feelings and personal boundaries.

There is nothing wrong with giving some ground but make sure that you are not the only one who gives it.

It is only reasonable that you expect better behavior from your daughter and follow the house rules.

Whenever you know that you have to talk about a hot-button topic with your grown daughter, try scheduling a time for discussing it in the most private way possible. Schedule a reasonable block of time then stick to that appointment.

There is a chance that your daughter is already having a hard time to feel that she matters to you. You might also have other things to do that might make it hard to follow the schedule but be ready to fight off the temptation of cancelling the schedule.

Of course, it is also possible that your daughter might bow out as well. So, don’t let anything prevent this conversation from happening.

Avoid making excuses for the disrespectful behavior of your grown daughter. Trying to convince yourself that your daughter acts that way because she feels stressed at work will only give her permission to continue acting disrespectfully. Hold your daughter responsible for her own behavior and let her know if you ever feel hurt or violated.

In case the disrespectful behavior still continues even after you tell her about it, it might be best to just withdraw yourself from the relationship altogether. Although you cannot put a time out on the disrespectful behavior of your grown daughter, you can still take some time out of being around each other. Show your daughter that the relationship she has with you is a privilege and not just a necessity.

Don’t forget that respect is a two-way street and you don’t always need to deal with a disrespectful grown daughter. Cultivate the relationship for the better if your daughter acknowledges her behavior, says sorry, and promises to respect you more in the future.